What happens if I’m injured while driving to work in Vermont?

Because Vermont is a rural state, it is not uncommon for employees to commute an hour or more to get to work everyday.  Unfortunately, spending so much time in the car simply increases the likelihood that at some point, you will be involved in a car accident while driving to work or driving home.  Especially when driving in winter weather (which we’re stuck with for 6 months of the year!) or at dawn and dusk, car accidents sometimes seem inevitable.  So what happens if you slide off the road, or another vehicle strikes you while you’re driving to work?  Are you entitled to Vermont workers’ compensation benefits for those injuries? 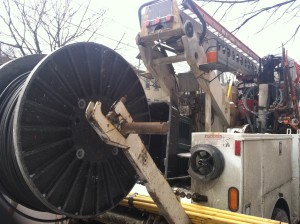 As a general rule, injuries incurred while driving to work are not covered by Vermont workers’ compensation because they are not considered to have “arisen out of and in the course of” your employment.”  Commonly known as the “coming and going rule,” the Vermont Supreme Court has held that for employees with fixed hours and place of work, an employee ordinarily may not recover for an injury incurred off the premises while commuting to/from work.  In other words, if you work at a specific location and maintain regular hours at that location, you cannot recover for injuries suffered in a car accident while driving to work.  On the other hand, if you are injured once your vehicle enters your employer’s premises, or while working from your car to the front door, your injury should be covered by workers’ comp.  According to the Vermont Supreme Court, “[b]y limiting liability to areas within the employer’s control, this test incorporates a fair compromise in allocating the cost of worker injuries.”  For example, in the case leading to the Vermont Supreme Court’s adoption of this rule, the employee was injured on a private road at IBM while driving away for lunch.  The Court held that because the accident occurred on the employer’s premises, the employee was entitled to Vermont workers’ compensation benefits.

As with any “general rule,” there are exceptions to this “coming and going” rule.  For example, if you don’t have a fixed workplace but instead drive to various locations as part of your job, a car accident during those travels — even first thing in the morning or at the end of the day — is likely compensable.  The Vermont Department of Labor has also stated that accidents occurring “in a vehicle provided by the employer . . . or in a vehicle controlled by the employer” are compensable.  Similarly, when your employer controls your commute to work, an injury during that commute should be compensable, as would an injury where you performed some service for the employer while driving to work — like by bringing supplies to your employer.  In addition, the Department of Labor also has concluded that an injury is compensable when an employee is on call 24 hours a day and only uses her vehicle for business purposes.

Depending on the specific facts of your case, and where the accident occurred, an injury sustained while driving to work or home may be covered by Vermont workers’ compensation.  It is likely to require a case-by-case analysis, but in the end may fit an exception to the “coming and going” rule.