If someone dies at work, do they get workers’ comp?

When a person dies at work in Vermont, it is tragic for everyone involved: the worker, of course, but also his or her family, coworkers, and even employer.  Deaths at work used to be much more common in the early-20th century, leading the Federal Government to enact OSHA and the Vermont Legislature to enact the Vermont Workers’ Compensation Act.  While deaths have decreased substantially since that time, accidents unfortunately still happen.  Thus, when a person dies at work, the Vermont Workers’ Compensation Act provides workers’ compensation benefits to that worker’s spouse and dependent children — assuming they can prove the worker’s death was caused by his or her work.  Sometimes it is obvious — like a car accident or a fall from a large height.  Other causes of death — especially heart attacks — are more challenging to prove because they might not have had anything to do with the work being performed.  When proven to be caused by a person’s work, however, Vermont law defines exactly what “death benefits” a worker’s spouse is entitled to receive from the employer and/or its insurance company. 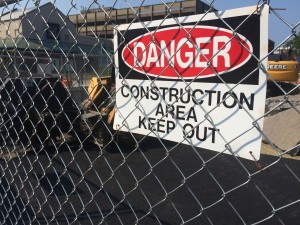 At the outset, Vermont law requires the insurance company to pay the deceased worker’s “actual burial and funeral expenses” in an amount up to $10,000.  These funeral expenses were recently increased to $10,000 from $5,000 by the Vermont legislature, because $5,000 just wasn’t covering the actual cost of a funeral these days.

If your spouse or family member dies at work in Vermont, it probably makes sense to contact a Vermont workers’ comp lawyer to ensure the employer/insurance carrier pays the amounts it is required under Vermont law.