Can I file a Vermont workers’ compensation claim if I’m injured outside Vermont? 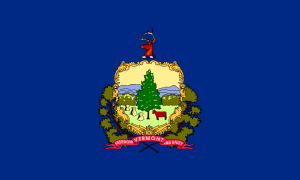 Fortunately, the answer to this particular question is clear — Yes, you can still file a claim for Vermont workers’ compensation benefits.  In fact, 21 V.S.A. 619 directly address this question: “If a worker who has been hired in [Vermont] receives personal injury by accident arising out of and in the course of such employment, he or she shall be entitled to compensation according to the law of [Vermont] even though such injury was received outside of this state.”  Thus, just because your injury happened outside Vermont doesn’t mean you can’t file a claim for benefits in Vermont.

In addition to being allowed to file for Vermont workers’ compensation benefits when you’re injured outside Vermont, in some circumstances you may actually be required to file your workers’ compensation claim in Vermont, rather than the state in which you were injured.  Vermont law allows a Vermont employer to require that all workers’ compensation claims be filed in Vermont, even though the injury happened elsewhere.  Pursuant to 21 V.S.A. 623, “Employers who hire workers . . . to work outside of the state may agree with such workers that the . . . [the Vermont Workers’ Compensation Act] shall be exclusive as regards injuries received outside this state. . . . All contracts of hiring in [Vermont] shall be presumed to include such an agreement.”  In other words, your contract with a Vermont employer to work outside of Vermont may expressly state that you can only file for workers’ compensation benefits in Vermont.  Even if it does not, the Department of Labor will presume that is the case, and it will be your burden to prove that you can file it elsewhere.

Finally, just because your employer (or its insurance carrier) initiated your workers’ compensation claim in another state doesn’t mean you can’t move your claim to the Vermont Department of Labor, if it occurred while you were working for a Vermont employer.  Instead, as long as you are not trying to obtain duplicate benefits in Vermont and the state where your claim was first filed, you can almost always transfer jurisdiction to Vermont.  In fact, there may be financial benefits to doing so, depending on the nature of the temporary and permanent disability benefits provided in the state where your claim was filed.  Sometimes other states provide more favorable benefits, but sometimes they are less favorable and you’re better off filing in Vermont.