Who can I sue for my Vermont work injury?

A lot of people wonder why, when they’re injured while working in Vermont (or for a Vermont employer), they are stuck filing their claim with the Vermont Department of Labor instead being able to sue their employer for damages relating to their work injury.  It’s true, filing a claim with the Department of Labor is an employee’s exclusive remedy against his or employer after a Vermont work injury.  This is often frustrating when you feel like your employer caused your injury, and you want to hold them responsible to the fullest extent possible. 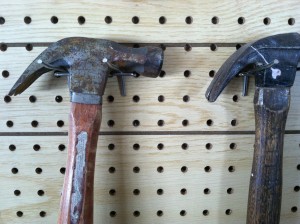 Of course, that begs the question: why can’t you sue your employer in court too?  The simple answer is, it’s complicated!  In a nutshell, the Vermont Legislature — and states across the country — have decided there should be a tradeoff between employers and employees when it comes to Vermont work injuries, resulting in a system that benefits both the employer and the employee by guaranteeing you certain work comp benefits, but also limiting your employer’s liability.  In my next two posts, I’ll get into the specifics of this Vermont workers’ compensation tradeoff.